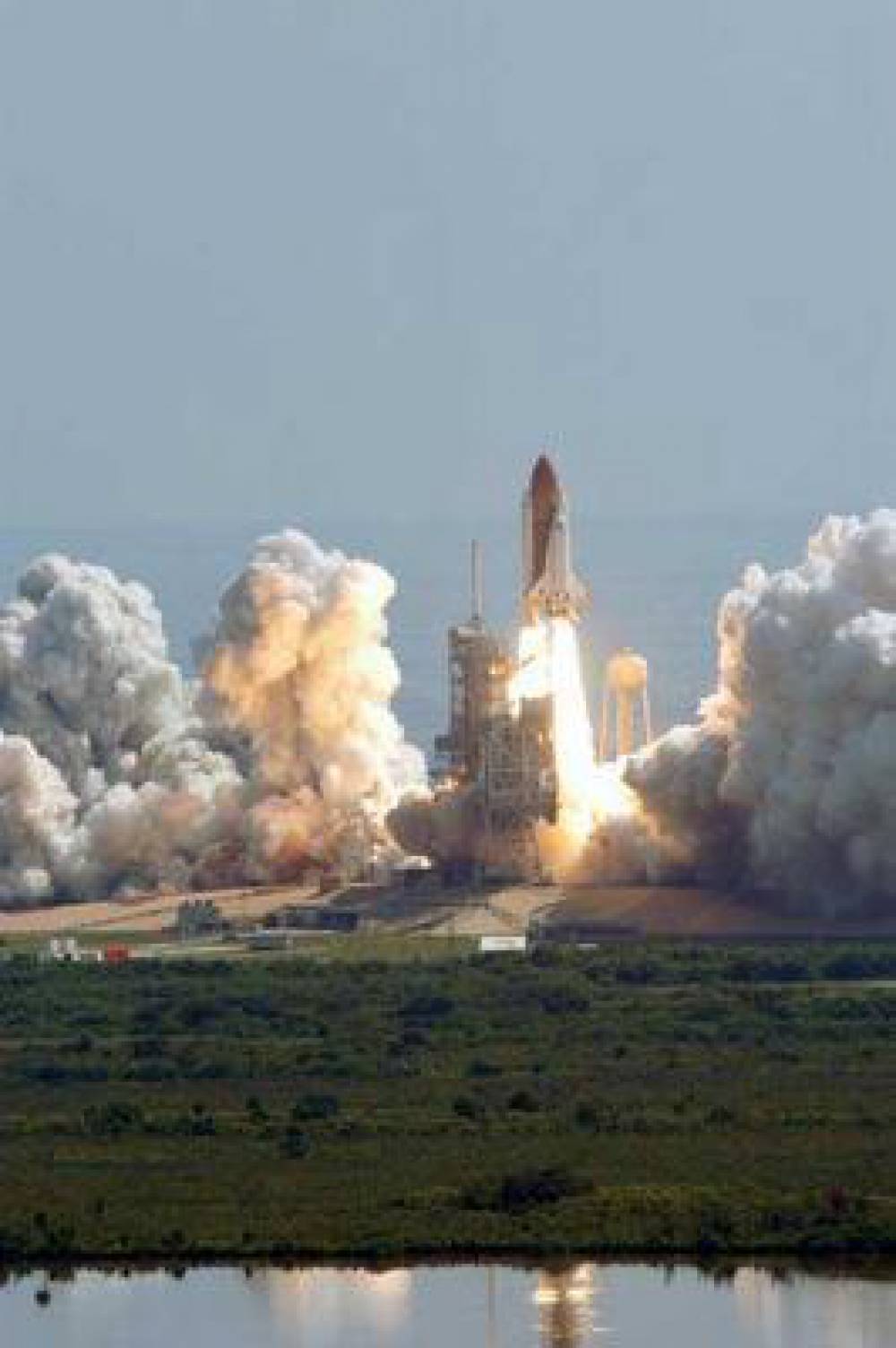 After almost 2 and a half years the Space Shuttle is flying again. Space Shuttle Discovery successfully lifted off at 1539 BST on mission STS-114.

People (well, people who were alive at the time - I wasn't) say they remember where they were when they heard about JFK's assassination. That's only happened to me twice: 9/11 and the Challenger disaster.

Watching the launch today I was, for some reason, remembering Challenger rather than Columbia and hoping that they made it to orbit. Thankfully, they did.

After reports of more debris during launch, all those of us planet-side can do is hope that the thermal tiles are OK and that the repair kit tests work.